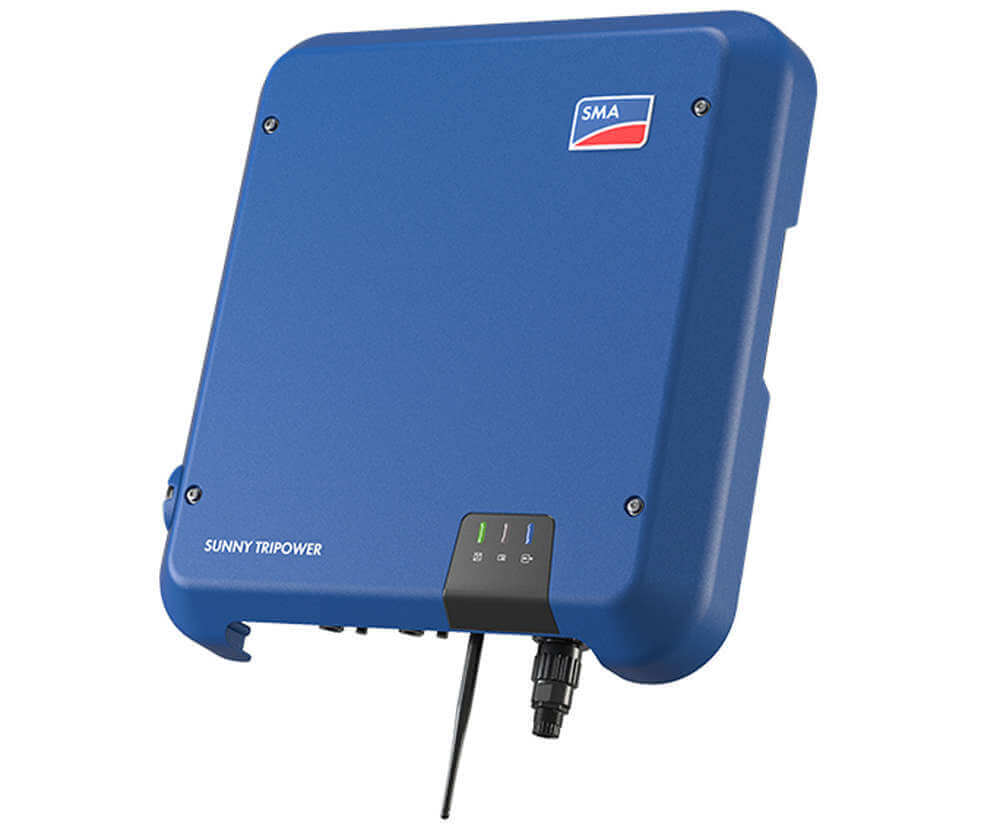 The SMA Sunny Tripower review will give us a clear idea about the quality of these solar inverters and whether they are suitable according to your needs or not.

SMA is known to be one of the most renowned manufacturers of solar inverters. It is also one of the very few solar companies that offer high quality solar inverters suitable for commercial, residential, utility-scale grid-tie systems, and advanced off-grid systems.

SMA is a solar icon in the solar industry. It is a German company and was established in the year 1981. The string inverters of SMA, branded as Sunny Boy and Sunny Tripower, were leading above any other inverters in the solar market for a long period of time.

When the solar boom began in Australia around the year 2008, every installer would say that SMA inverters were the best inverters in the solar industry without any doubt. Although SMA once ruled the world of solar inverters, it is no longer the case for the 5 to 30 kW inverter sizes. SMA is still a leader in the large-scale inverter market, but their ranking is not so high when it comes to small and medium sized residential and commercial inverters.

In this article, we will review the SMA Inverters:

The latest AV Tripower ranges from 3 to 6 kW sizes and can easily be mistaken for a Sunny Boy due to its features and size or weight. The new compact package also includes 8kW and 10kW models.

The first thing people notice about the Sunny Tripower Core 1 is the unique design, but this is not the only factor. The 6 MPPT inputs in the inverter allow flexibility in design and improved performance if the solar panels need to be placed at a different angle. The Core 1 inverter allows from small 50kW installations to up to 1000kW installations. It is packed with appealing features at such a price that makes this inverter highly competitive in the small or medium commercial solar market.

The Sunny Tripower Core 2 is a 110kW inverter and the most powerful string inverter of SMA. Core 2 features an impressive 24 string inputs using 12 x MPPT’s. The Core 2 inverter is built around a more conventional wall or floor mounted design, unlike the Core 1 inverter. The SMA Sunny Tripower Core 2 inverter is designed for large scale commercial and utility-scale systems due to multi-string inverters being more flexible and reliable compared to the central solar inverters.

Monitoring an SMA inverter is easy with the use of the free cloud-based monitoring platform, Sunny Portal, from SMA. The monitoring platform provides very useful insight into the performance of the solar power system. This is an essential software as the new Sunny Boy, and Sunny Tripower inverters do not have a display. All the latest models of the SMA inverters have a Wi-Fi connection feature as standard, and this makes the Sunny Portal set up much easier.

SMA is considered as some sort of legend in the world of solar inverters. The company manufactures some of the most reliable and best quality solar inverters on the market and is backed by an excellent customer support team. Although SMA lost a bit of popularity in the smaller scale residential solar market, but the new Sunny Boy and Sunny Tripower series inverters are gaining popularity.

The SMA is currently reinforcing its position as a leader in the commercial and utility-scale solar inverter industry with the impressive and appealing Sunny Tripower Core 1, Core 2, Sunny Highpower, and Sunny Island central inverters.

SMA is still moving ahead with its solar inverters and constantly improving its technologies, advancing its monitoring platform, and making upgrades to the Sunny Boy AV series and the Sunny Tripower – three phase version. Solar installers thoroughly enjoy working with the SMA solar inverters, especially or large scale commercial projects.

SMA has clearly proven that strong determination along with persistent quality and improving features can help to manufacture such fine inverters that can easily challenge all the solar inverters in the world of solar.