Fronius Primo Gen24 Plus Review: Backup without a Battery? 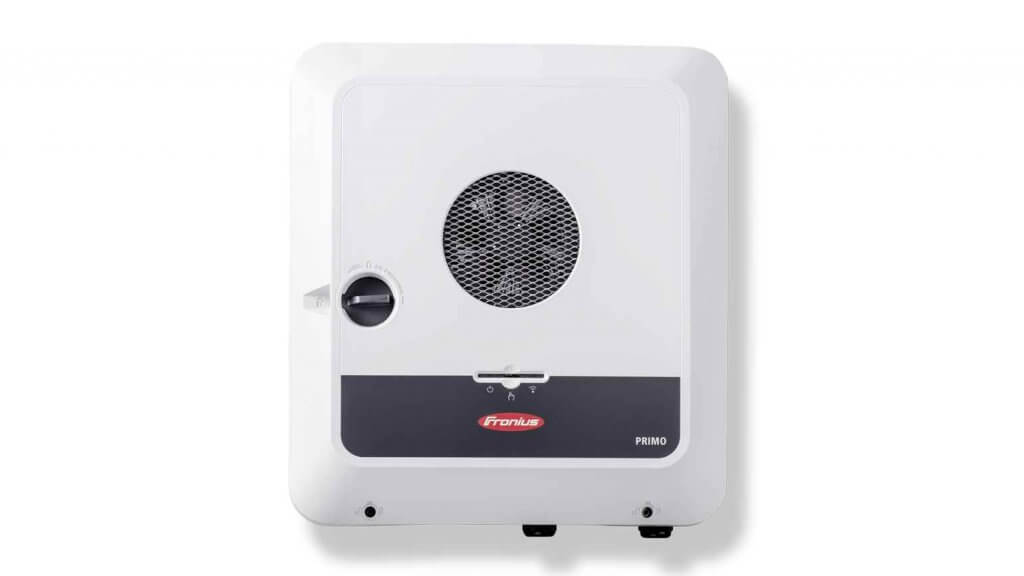 Fronius recently announced that the company’s new GEN24 Plus hybrid inverter is now available on the market. It is a single-phase Primo variant and can provide backup without a battery.

The primary function of an inverter is to convert the DC electricity generated by the solar panels to AC electricity to make it usable for appliances in the household. A hybrid inverter, also commonly known as a battery-based inverter, integrates a solar inverter and a battery inverter into one piece of equipment.

If a traditional inverter is added to a solar power system and if the homeowner later decides to add a battery system, then a separate battery-based inverter will be required to continuously convert from DC to AC electricity for storing and discharging the battery.

If a solar power system is paired with a hybrid system, a separate battery-based inverter is not required; the hybrid battery can function as both a solar inverter and a solar battery.

The Fronius Primo GEN24 Plus is the first single-phase hybrid inverter of Fronius that is following in the footsteps of the three-phase Symo Hybrid and the Symo GEN24 Plus.

Let us take a look at the basic specifications of the Fronius Primo GEN24 Plus.

One of the most appealing features of the Primo GEN24 Plus is that it has the ability to continue the supply of electricity to a home without a battery when there is a disruption in the mains grid.

The Photovoltaic Point feature, which requires the installation of a dedicated power point within the house, can supply 3000W maximum during a blackout.

Even though this means plugging loads in, this will only be useful when the sun is shining outside, and generally, there is a changeover time of 60 to 90 seconds. All these features make the Primo GEN24 Plus even more attractive to homeowners who are planning on buying a solar power system with a backup solution but are not ready to invest in a home solar battery.

If a solar battery is paired with a solar power system, then the Fronius Primo GEN24 Plus allows power that is currently being generated to be consumed by the household and also allows the surplus energy to be stored in the solar battery, but the battery will have to be a BYD B-box battery.

In today’s date, the majority of the solar inverters, hybrid or any type of inverter use passive cooling, also known as natural or conventional cooling, but Fronius uses active cooling instead of passive cooling.

Active cooling means there is a large fan that cools the inverter; even though this large fan provides a superior cooling performance that helps to increase the working life of the inverter, this fan also creates more noise.

At noise ˂ 42 dB (A), the Fronius Primo GEN24 is louder than the Delta E5. The Delta E5 also offers backup without a battery. But this louder does not mean that it is too loud. 42 dB means that it is a little bit louder than the fan of a computer, but it may still be something that is taken into consideration during the installation of a solar inverter.

Fronius has been producing solar inverters since the 1990s, and the solar products of Fronius are considered the best solar products in the world due to their efficiency, performance, quality, and reliability.

The ratings and reviews of the solar products of Fronius found on the Internet are highly positive, and there are thousands of reviews and ratings available on Fronius solar products.

Even though the cost of the Fronius inverters may be too high for some people, the reputation of the company shows how trustworthy they are. The quality, reliability, and performance of the solar inverters of Fronius, including the additional features of the inverters, make the investment worth the money.

Using a solar power system has a lot of environmental benefits, such as it reduces the emissions of harmful greenhouse gases, reduces carbon footprint, produces zero noise pollution, uses a renewable source of energy; therefore, the dependency on fossil fuels decreases, and does not require much water for maintenance.

Yes, a house can run entirely on the electricity that your solar panels generate, but in order to do so, homeowners will have to find out their electricity usage and then install a system that is big enough to cover the entire usage of electricity. Consult us to know more.

Using a solar power system has quite a few economic advantages, such as reducing the cost of electricity bills in a household. Solar panels pay for themselves within 3 to 4 years of installation and generally last for about 25 to 30 years, so homeowners save a lot of money on electricity bills.

For more resting and reviews, visit our website here.