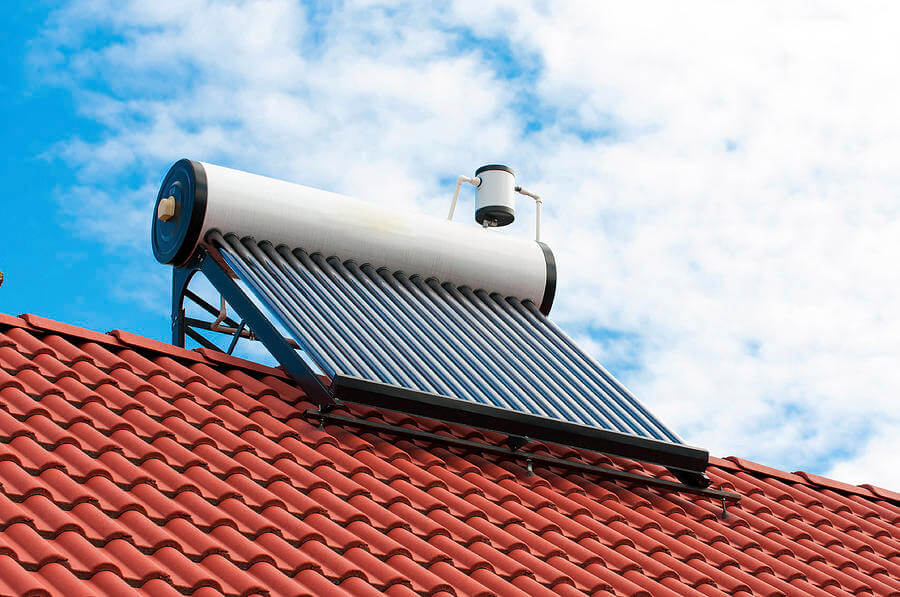 As of today’s date, the operating cost of a water heater in a household has become too high. The reason behind this is these water heaters require a huge amount of electricity and the price of electricity is rising with each passing day. In the majority of residential and commercial properties, water is typically heated by either gas or electricity. In those methods, the requirement of energy is high which in turn results in a high bill. However, hot water is a necessity in almost each and every household. Over the past few years, we have seen a huge difference in the world of water heaters. The conventional methods of heating water with gas or electricity are slowly getting replaced with solar all over the world. Solar water heaters are similar to solar power systems, where the collectors placed on the rooftop absorb energy from the sun to generate electricity instead of electricity.

Other than the high operating costs, there were several other disadvantages of using the conventional water heating methods. One of those disadvantages is the pollution caused by the heaters. The electricity that the traditional heaters use is usually generated by burning fossil-fuel, natural gas, and other non-renewable sources of energy. The use of this energy pollutes the environment and increases the emission of carbon dioxide and other greenhouse gases.

We all know that solar water heating systems come with a high installation cost. Other than the upfront cost, solar water heaters do not have any operating costs. The reason behind this is that they generate heat by absorbing from the sun. The energy that comes from the sun is a renewable source of energy and free of cost.

As the solar water heaters do not import any sort of electricity from the mains electricity grid or do not use gas to operate, you do not have to pay any bills for that. Solar energy is free to everyone and is abundant as long as the sun is out there. All you have to do is install solar water heating collectors in such a way so that it can absorb the majority of radiation from the sun.

We have all seen solar power systems and how much space the panels consume on the rooftop. In the majority of cases, homeowners typically install a solar power system before installing a solar water heating system. Similar to solar panels, the number and size of collectors vary from one installation to another. However, in the case of solar water heating systems, the collectors do not require much space. If there is not enough space, then installers typically go for a thermal panel.

After the financial benefits of solar, the one advantage that significantly stands out is the environmental benefits. A big reason behind people switching to solar power and solar water heating is the positive impact on the environment. Burning of fossil fuels, gas, coal, and other non-renewable sources of energy used to generate electricity traditionally affects the environment negatively by releasing carbon dioxide and other harmful greenhouse gases into the surroundings. Not only that, but these conventional methods of generating electricity also pollutes the air, water, and so on.

On the other hand, solar power is clean and does not produce any pollution. As solar power is generated from the energy absorbed from sunlight, it is free and does not affect the environment. The use of solar does not emit carbon dioxide or any other greenhouse gases. Not only that, but solar actually helps in decreasing the harmful effects of climate change.

Solar water heaters come with a significant upfront cost but the operating cost of these heaters is zero. This causes a reduction in the cost of electricity bills, allowing the homeowners to save money. The money saved on energy bills by switching to solar water heating is considered as return on investment. Solar water heating systems pay for themselves within 3 to 5 years of installation, similar to solar power systems.

Solar water heating systems require little to no maintenance like solar power systems as there are no movable parts. Since the components are not movable, there is no risk of damage caused by wear and tear. The only maintenance that solar water heaters require is basic cleaning. In order to take care of the system and make sure that the heater works for a longer period of time, get the system cleaned by a professional at least once a year.