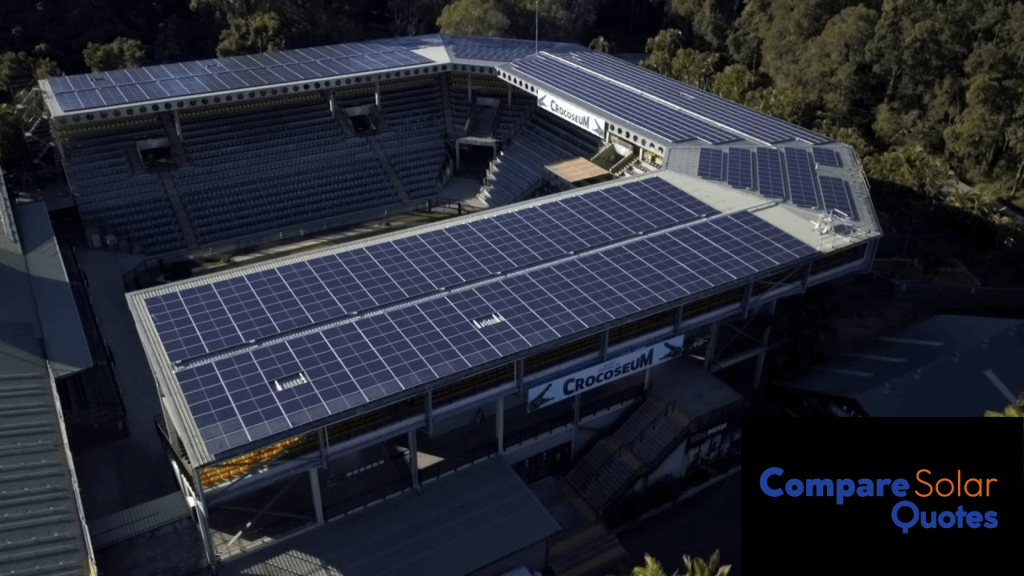 Why are zoos around the world switching to solar panels? A zoo is home to hundreds of different animals or birds. And taking care of these exotic animals or birds is not an easy task in any way, and it is definitely not cheap.

If we carefully think about it, then we will notice that there are several different habitat temperatures that need to be maintained, storage requirements to store large amounts of animal food, cleaning and maintenance of the enormous zoo premises, catering and other public facilities for people who visit the zoo.

And due to all these reasons, many zoos around the world are transitioning to solar panels to meet their energy needs so that they can cut down the cost of electricity generation. This transition to solar panels will also decrease the harmful emissions which endanger the lives of these animals and birds.

Zoos in Australia are some of the leaders in reducing emissions along with meeting the energy requirements in innovative ways.

In 2018, zoos and aquariums in Australia had installed a total of 1.6 megawatts of solar power, according to the Climate Council Australia.

In this article, we will take a look at some of the most remarkable solar projects in zoos around the world.

Symbio Zoo, located in New South Wales, has worked with Origin Energy, Australia’s leading energy retailer, and moved towards creating a greener and healthier future. There is a total of 60 solar panels installed on the 270 square metres area of the Symbio Zoo.

Australia Zoo, situated on the Sunshine Coast in Queensland, is founded by the late Steve Irwin, also known as the crocodile hunter. This zoo switched to solar energy in April 2019 by installing a solar power system that produces power of 648 kW.

Perth Zoo has the largest solar panel installation in the state, with a solar power system of 237 kW. The zoo installed 755 solar panels in 2012, and these panels generate electricity that covers 30% energy needs of the zoo. The solar panels are installed across multiple zoo facilities, such as the elephant barn, conference centre, reptiles building, and administration building.

The Detroit Zoo is already known for being 100% wind-powered. The zoo made it on the headlines once again in 2019 for installing the first-ever ‘solar smartflower’ in the world. Solar smartflower is an all-in-one ground-mounted solar power system.

A smartflower features 12 petal-shaped solar panels that trail the sun throughout the day by a GPS based dual-axis tracker. The smartflower unfolds the petals at a 90-degree angle to produce electricity as soon as the sun rises and folds them back when the sun sets. It has the ability to generate 40 per cent more electricity than a traditional solar power system as it is always at an optimal angle to the sun.

The National Zoo in Washington D.C. surprised people when it installed the world’s first solar-powered carousel in 2012. The Speedwell Foundation Conservation Carousel features 58 hand-painted and carved animals and is powered by 162 solar panels. The carousel is built to celebrate the animals and birds that live in the zoo. The building cost of this carousel is $2.3 million, and an interactive digital dashboard allows the visitors to see how the carousel produces and utilises solar energy in real-time.

The Hamerton Zoo Park in the United Kingdom has received the title of the most environmentally friendly zoo in Europe. The Hamerton Zoo Park has installed two wind turbines, three arrays of solar panels and two bio-mass boilers to generate electricity using renewable sources of energy. The solar panels installed under the zoo’s renewable energy generation project produce a total of 54 kW of power. They are fixed to ground-mounted tables that are angled at an angle of 30 degrees to maximise efficiency.

Zoos require a lot of money due to maintenance, animal care, etc. Installing solar panels to generate electricity to meet the energy needs of these zoos will help authorities to save a significant amount of money on electricity bills. This savings amount can be used to provide the animals and birds in the zoos with better care and treatment.

Climate change is a matter of concern. The harmful emissions of carbon dioxide and other greenhouse gases not only endangers human life but also endangers the existence of these animals and birds.

Solar energy is clean and does not pollute the environment in any way. It does not cause any harmful emission and also helps to decrease the rapidly increasing global temperature. The transition of zoos and other extensive facilities like Darwin International Airport and Ambulance Victoria in the world towards electricity produced solar panels will have a significant positive impact on the lives of humans, animals, and birds living on this planet.