How To Choose A Good Solar Inverter? 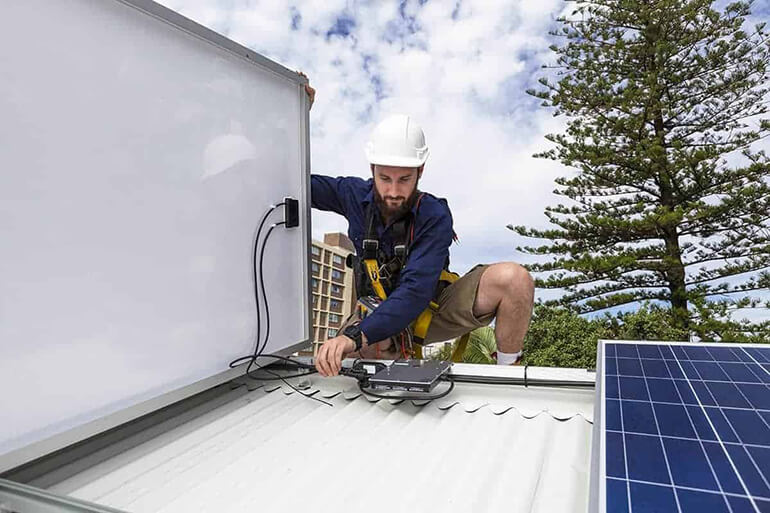 Factors to consider before choosing a Solar Inverter:

Before declaring a solar inverter as a top quality solar inverter, there are certain factors that solar component experts carefully consider. These factors are:

The warranty period of solar inverters varies depending on the manufacturers and models of the solar inverters. However, experts recommend both residential and commercial solar customers to choose a solar inverter that offers a warranty of 5 to 10 years.

In the last few years, we have seen over a hundred solar installers go out of business in Australia. You will have to contact the solar manufacturer directly if you cannot get in touch with the solar installer in case of emergencies or warranty claims.

Contacting a solar inverter manufacturer that exists out of Australia is quite a difficult task and will often have you end up with no success. That is why we suggest our customers select a manufacturer who has an office situated in Australia and has an Australian phone number as well. This allows the customers to contact the manufacturer easily in case any problems arise.

In 2019, the PV Evolutions Lab launched an independent testing technique for solar inverters. These test results help people all over the world to identify top quality solar inverters.

It is essential to note that the testing done by the PV Evolutions Lab is voluntary, and they do not test the entire solar market. The manufacturers of the solar components have to pay a certain amount of money to be a part of these tests.

For example, the microinverters by Enphase Energy have a top ranking in the Australian solar market, while the power optimisers by SolarEdge allowed the company to reach the top ranking.

The key features and functionality of the individual solar inverter types determine whether they can make it to the top ranking of solar inverters or not.

Before choosing and installing a solar inverter or any solar component in Australia, make sure that the component has the approval and is present in the approved list of the Clean Energy Council.

A great part of the solar power system depends on the quality of the solar inverter you install. Installing a low-quality solar inverter will not only downgrade the system performance, but it will also make your money go to waste. Consider the factors mentioned above thoroughly before you choose a solar inverter. It is better to ask for recommendations from a trustworthy and reliable solar installer.