Hybrid Solar Inverter: Everything You Need to Know! 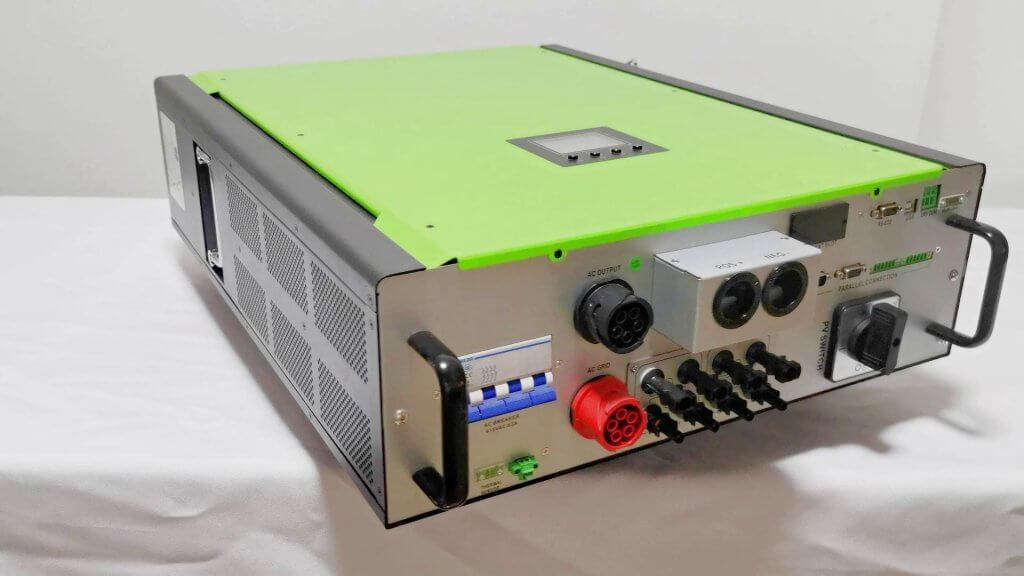 Many people wonder what a hybrid solar inverter is, how it works, and why we need it. And Compare Solar Quotes is here to help you with all your questions and queries regarding hybrid inverters. In this article, we will thoroughly discuss hybrid inverters. But before that, let us know some basic information about solar power and inverters.

When the world was looking for a way to shield their wallets from the rising electricity costs, solar power systems entered the world as a blessing. People all over the world were concerned about the cost of electricity, and the impact electricity production has on the environment. And solar power came as a solution to both of these problems.

This conversion from DC to AC is necessary as the majority of household appliances do not run on DC electricity. There are three types of solar inverters available in the solar industry: string, micro, and hybrid.

What is a Hybrid Solar Inverter?

There are a few benefits of a hybrid solar inverter that makes it worth the money. These are:

There is a worldwide misconception about solar power. That misconception is that you will always have solar power during outages once you install a solar power system. In the majority of cases, this sentence is not true at all. Traditional grid-tied solar inverters are functioned to shut down automatically during power outages or blackouts for safety reasons. This shut down makes sure that the power generation from your solar panels is cut off.

Hybrid inverters paired with solar batteries is an excellent solution if you wish to have power in your home during power outages or blackouts. Many hybrid inverters now come with both on-grid and off-grid technologies. These technologies allow you to continue using solar power even if there is a blackout.

When you install a hybrid inverter, you can easily monitor all stats of your solar electricity through one platform. The total energy generation of your system, energy consumption, energy stored in the solar battery, and whether any power is sent to the grid sums up your solar electricity. All these are converted through one component to make solar energy monitoring more effortless for you.

However, if you do not plan on installing battery storage with your solar power system, then consider installing a string inverter or a micro inverter. The string and micro inverters are less expensive than a hybrid solar inverter.

Can a hybrid inverter work without solar panels?

Not a single inverter will work if it is not connected with solar panels. However, the energy stored in the solar battery inside the hybrid solar inverter will provide backup if the solar panels fail to generate the required amount of energy. Solar panels do not generate electricity at night or fail to provide a sufficient amount of energy during cloudy or winter days. That is when households use the energy stored in the battery storage solution of a hybrid inverter.

Which is the best solar hybrid inverter?

The Australian solar market has a wide range of solar products, such as solar panels, inverters, batteries, and so on. It is tough to choose a single hybrid inverter or brand as the best hybrid solar inverter.

If we choose the top three hybrid inverter brands available in the Australian solar market currently, then these brands are:

The three brands mentioned above are currently leading the solar inverter section of the Australian solar market. The hybrid inverters offered by these three brands are top performers in Australia in terms of performance, warranty, efficiency, and quality. However, the price of these inverters is a bit high compared to other brands in the market. But good quality things usually come with a higher price tag. There is no doubt that these hybrid solar inverters are worth the money.

Within the next 5-10 years, almost every home with solar power will have a solar battery installed. A solar battery is an extremely wise investment if you want to save a lot of money. However, purchasing separate solar batteries is an expensive investment and takes up more space. Installing a hybrid solar inverter will help you to save this extra cost and space, and you will receive the same benefits as a solar battery.